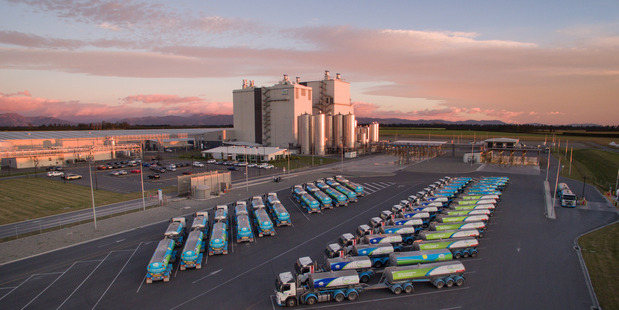 Fonterra said it plans to spend $150 million on building two new cream cheese plants at its plant in Darfield, where the co-operative already operates a huge milk powder making facility.

The Darfield plant in Canterbury - which opened in 2012 - already makes high quality instant and regular whole milk powder for export to more than 40 markets across South East Asia, China and the Middle East.

With cream cheese undergoing a steady surge in popularity in Asia, the new project will see the first plant completed in 2018 with a second to follow in either 2019 or 2020, Fonterra said.

The two new plants will incorporate Fonterra technology that will allow the firmness and consistency of the cream cheese they produce to be "dialled up or down" to meet customer preference.

"What's really promising are the trends we're seeing in cheese, butter and UHT over the years - not just in the sale of dairy products, but how they are being consumed," he said in a statement.

"Particularly as the major urban centres in China shift away from oils, people are actively seeking more dairy in their diet whether in their cooking, as a table spread or in a glass," Watson said.

Dairy beverages such as tea macchiato - which mixes tea with cream and cream cheese - showed consumers were willing to be bolder with dairy applications, he said.

"The new technology we're introducing at Darfield will give us the flexibility to quickly change our products to suit that need - a real game changer," he said.

Once the project is complete, Fonterra Darfield will become one of the largest producers of cream cheese in New Zealand, alongside the co-operative's Te Rapa site.

Globally, the foodservice industry is growing around 6 per cent every year. Expansions such as these, which are backed by customer demand, have helped Fonterra's foodservice business triple that figure over recent years.

Fonterra's out-of-home foodservice, supplies the trade with culinary creams, bakery butters, and a variety of cheeses including slice-on-slice, shredded and extra-stretch mozzarella.

< Back to all news articles

Dairy co-operative Fonterra has announced plans to make it easier for more dairy farmers to get into their own farms, and to grow with the Co-op, by extending its MyMilk…

Your search for didn’t return any results.